Part of the The Rise of the New King of Africa Series series:

The continent of Africa is being manipulated and exploited for its natural resources by the world. Navy Senior Chief (Retired) Deric Tyrrell along with his friend, Gunnery Sergeant (Retired) Tyson Collins, undertake a deadly quest to enlist the help of the dangerous terrorist group Boko Haram to unite and take over the destabilized country of Somalia. Deric and Tyson enter a perilous world where unseen forces look to thwart their every move. When one of those forces is the US, how do former US soldiers respond against their own country? The quest changes Deric from respected US soldier to ruthless warlord. Tyson remains grounded but wonders has this quest driven his good friend over the edge towards insanity?  What attack is Deric planning for the US? Discoveries in their travels lead to changes the world is not ready to handle. PURCHASE!

Kibuka’s Hand and the BLA had finally reached the fourth warlord whose name was Sefu. After the BLA had eliminated all of Sefu’s men and apprehended him, Deric played with Sefu prior to killing him. There were reports Sefu executed town’s people to keep them living in fear. The entire team was up in Sefu’s large bedroom with Sefu on his knees in front of Deric who was looking down on him. Deric knelt in front of a restrained Sefu and began smelling Sefu’s face and chest area.

“I smell fear on you. Oh, how I love that smell. Fear. It makes my dick hard. There’s nothing like it, except my Reapers,” Deric whispered to Sefu, who shook uncontrollably in fear, urinating on himself. “You’ve been a bad boy for far too long, Sefu, from what I’ve heard. There will be no milk and honey for you, my friend, plus, I’m taking away the side of virgins as well,” Deric said, laughing at Sefu. PURCHASE!

D Lamonica ·
@dlamonica1972
This is the so called US.Supposedly greatest country in the world.A country where to feel safe its recommended to own a gun.And everyday citizens run over people practicing free speech.The list goes on.Rethink greatest country in the 🌎. Too much hate to be great or called United https://t.co/c4PzqVtrZT
View on Twitter 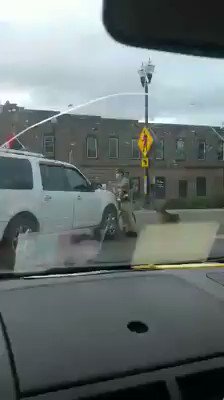